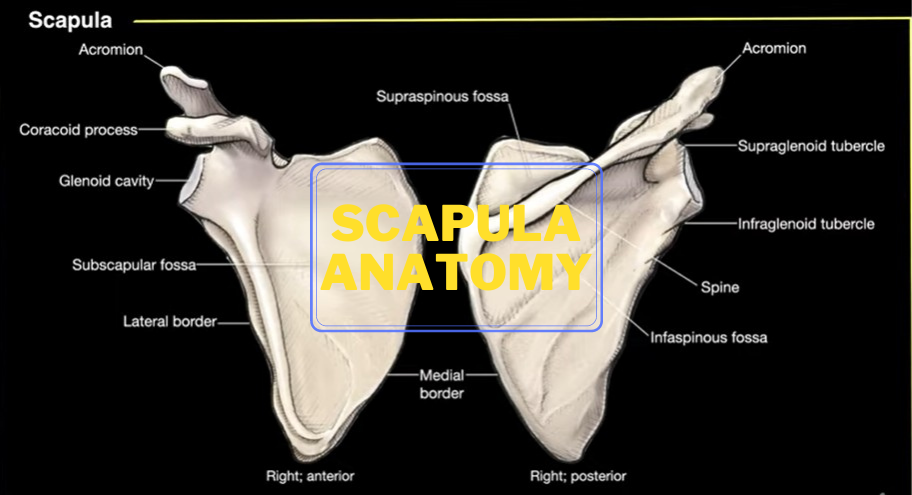 Anatomy and Function Of The Scapula – Human Anatomy

Let’s talk about the scapula and answer the question what is the scapula? What are its primary bony landmarks?

The Scapula also called the shoulder blade lies on the posterior part of the body. The scapula is a flat triangular bone placed in the thoracic cage (human rib cage).

Extending from the level of the second rib to the seventh rib. It provides support to the muscles of the forelimb. Articulation for the humerus (upper arm bone) at the glenoid cavity and it is joined to the clavicle in front.

The scapula or shoulder blade is a major bony component of the shoulder and functions to connect the upper extremity with the trunk of the body.

The scapula articulates with two other bones:

Side Determination of Scapula:

How do we determine the side of the scapula? Basically, the spinous process should always face backward. The glenoid cavity should face laterally that is away from the body.

Anatomical Features of the Scapula:

The costal surface is concave and it faces the thoracic cage. It has three longitudinal ridges and gives attachment to the intermuscular septa. There is another thick ridge adjoining the lateral border. This part of the bone is almost rod-like. It acts like a lever for the action of the serratus anterior in the overhead abduction of the arm.

Bony Features of the Scapula: 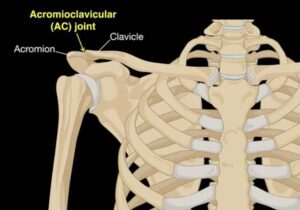 The spine of the scapula has the trapezius muscle that is anchors to give support to the scapula. 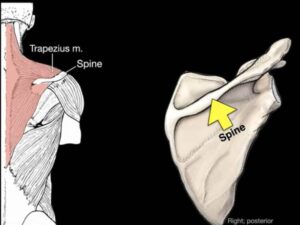 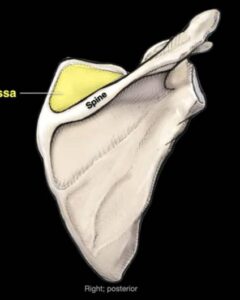 The infraspinous fossa is the fossa below the spine of the scapula. 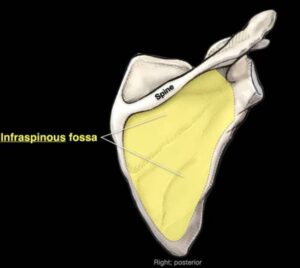 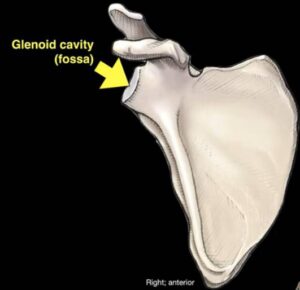 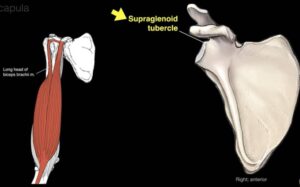 On the inferior margin of the glenoid cavity, you will find the infraglenoid tubercle. This is also an important landmark to remember since the long head of the triceps arises from the structure. 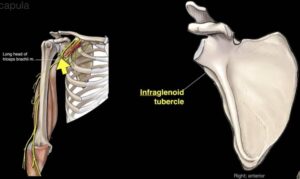 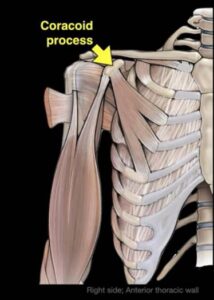 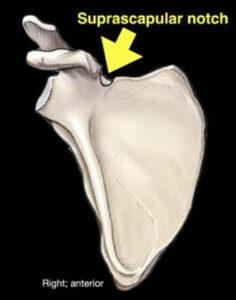 If you have any questions about Scapula Anatomy please feel free and leave a comment.