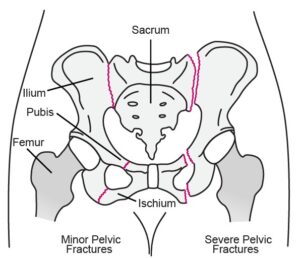 The innominate bone is composed of three bones that fuse in adolescence. Those bones are the ilium, ischium, and pubis bones.

The pelvis opens up in two places when it breaks.

Many important vascular structures lie in close proximity to the pelvic bones. There is a rich venous plexus that is responsible for much of the bleeding that is seen with public fractures.

In addition to the venous plexus, there are numerous branches of the internal iliac artery that may be injured by displaced bone fragments.

Stability of the Pelvis:

The pelvis is a ring. When a force occurs between the injured ring in the front and the back that is anterior injury and posterior injury. 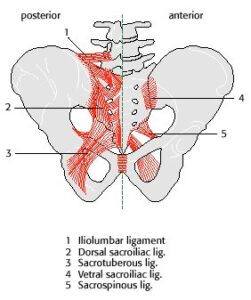 The posterior fracture is serious. For that, it needs a significant blood transfusion, needs surgery, and unpredictable outcomes.

Posterior fracture with disruption of the posterior ring complex is a serious injury as it leads to instability of the pelvis and can cause profuse bleeding.

The resultant instability if not fixed surgically can cause late deformity, limb length discrepancy, and pain. 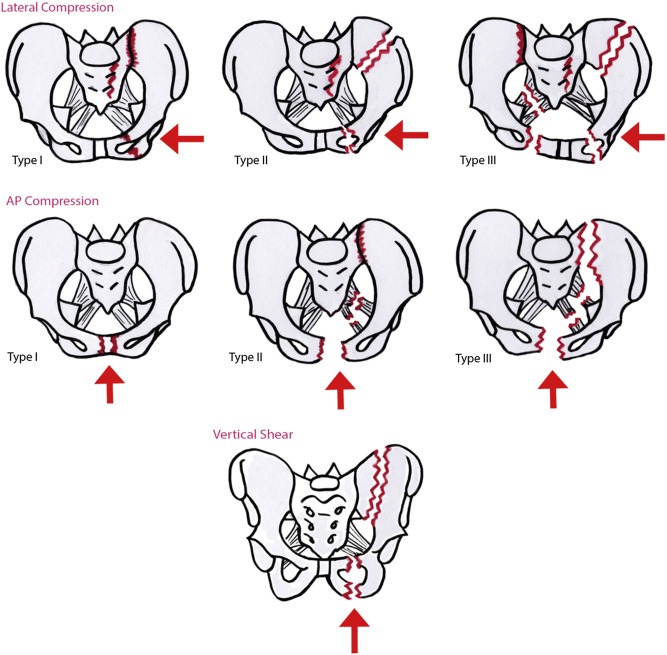 For more information talk to a healthcare provider.

If you have any questions about Pelvic fracture, please feel free and leave a comment.