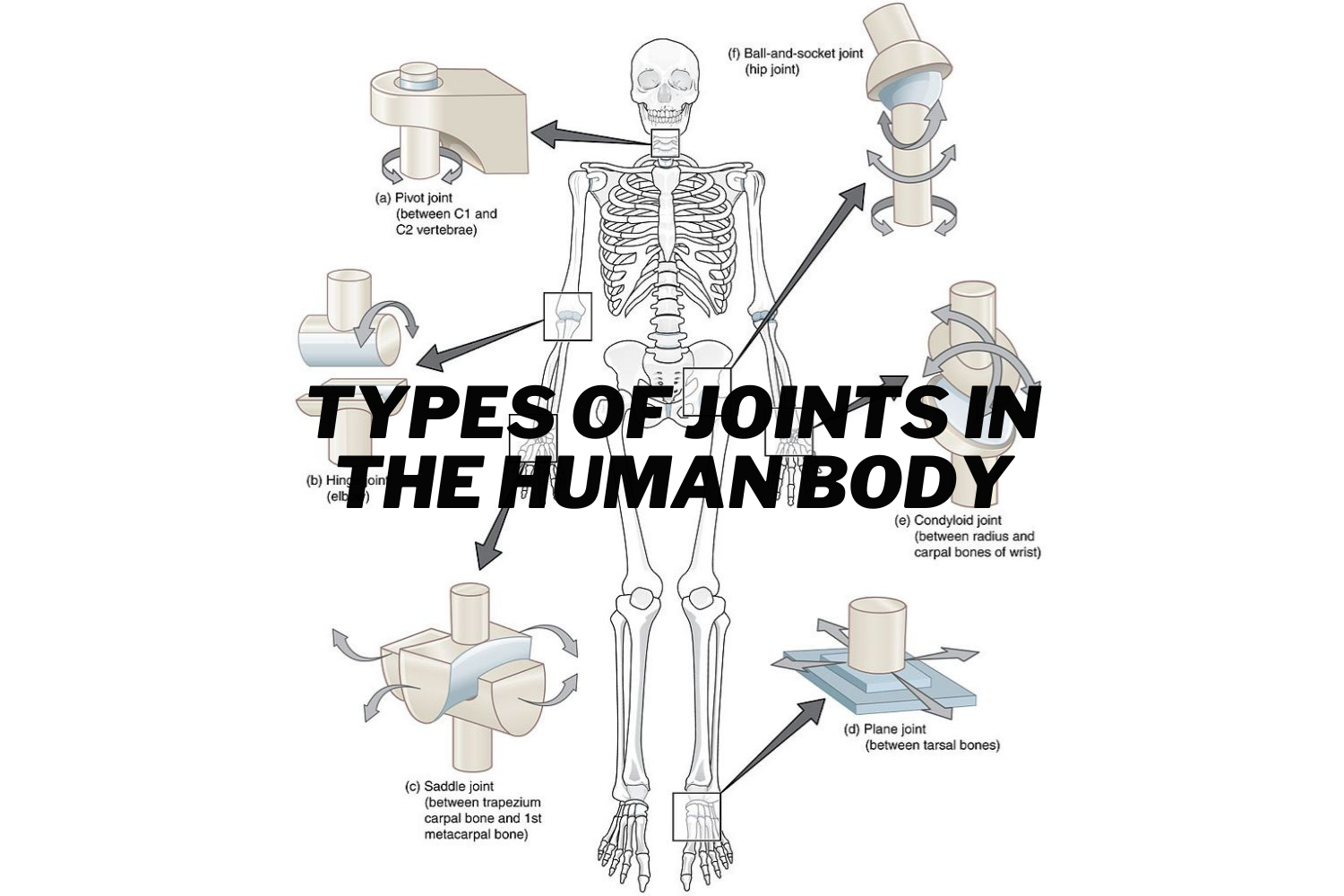 Types of Joints in the Human Body – Anatomy

A joint is defined as a connection between two bones in the skeleton. There are many ways in which joints can be classified.

They can be classified according to their structure, their mobility, and their range of motion.

There are three distinct types- 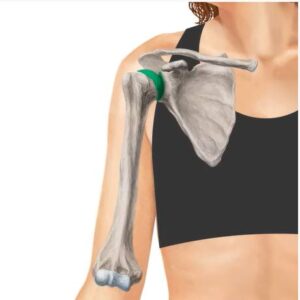 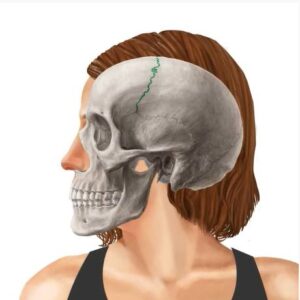 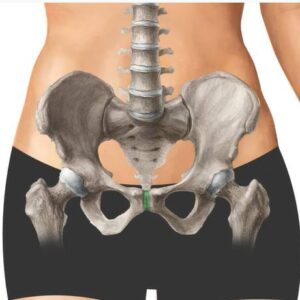 The synovial joint as it’s the most common joint found in the human body. Synovial joints have several characteristic features as a sagittal illustration of the knee joint.

First of all, synovial joints are surrounded by an articular capsule. This capsule consists of an outer fibrous layer that helps us to stabilize the joint and an inner synovial layer that absorbs and secretes synovial fluid lubricating the joints. 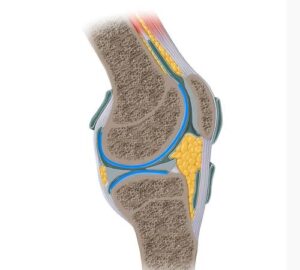 The articular surfaces of a synovial joint are covered in hyaline cartilage. This cartilage is also known as articular cartilage and acts to reduce friction and assists in shock absorption.

Additional structures may also be found within synovial joints such as articular discs.

We can see examples of these in the knee joint- the medial and lateral menisci.

The bursae, which are small sacs lined by the synovial membrane and filled with synovial fluid. 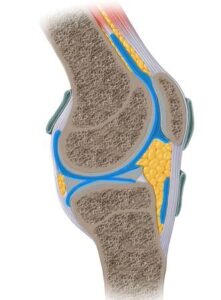 The bursae act to reduce friction caused by muscles and tendons which are located over bony joints.

The synovial joints can be further sub-classified according to the shape of their articular surfaces and their range of motion.

In a fibrous joint, the bones are bound by a tough fibrous connective tissue. These joints exhibit little to no mobility.

The sutures, which are fibrous joints found exclusively between the bones of the skull.

This is the coronal suture. The suture connects the frontal bone to the parietal bones via suture ligaments. 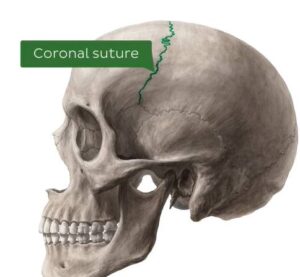 Gomphosis is found in the mouth, where the roots of the teeth articulate with the dental alveoli at the dentoalveolar joints. 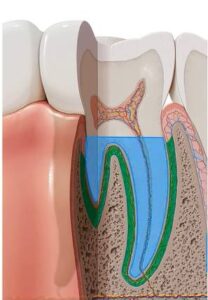 The tooth is bound into its socket by the strong periodontal ligament. 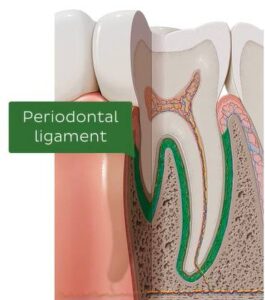 The syndesmosis, which is formed by ligaments and a strong membrane that holds two bones in place. The interosseous membrane runs between the radius and ulna. 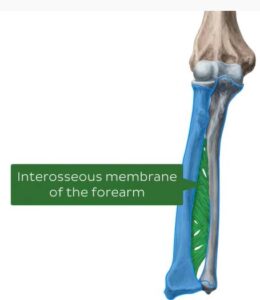 In a cartilaginous joint, the bones are connected by fibrocartilage or hyaline cartilage.

These joints can be subclassified into two types

Synchondroses or primary cartilaginous joint, where the bones are connected by hyaline cartilage. 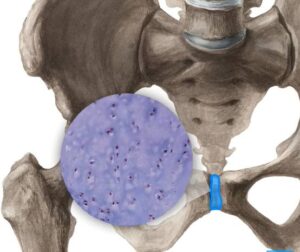 This type of joint is found between the diaphysis and epiphysis of a growing long bone and will eventually become completely ossified in adulthood. 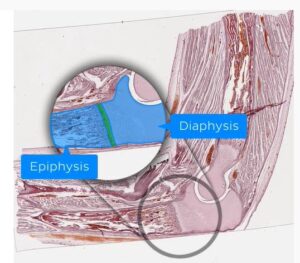 This type of joint is found primarily along the midline of the body; for example, the pubic symphysis. 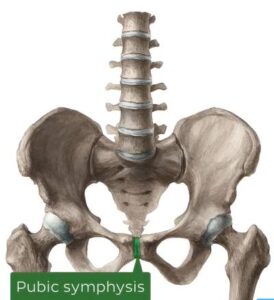 A diarthrosis is a freely mobile joint, and an example of this is the knee joint which is a synovial hinge joint. It’s worth noting that every synovial joint is a diarthrosis.

An amphiarthrosis is a slightly mobile joint, and an example of this is the pubic symphysis. Which is a secondary cartilaginous joint.

The syndesmosis, which is a fibrous joint, is also an example of amphiarthrosis.

A synarthrosis, which is an immobile joint, and an example of this is the coronal suture of the skull.

Other examples, of this type of joint include,

When classifying a joint based on its range of motion, it’s important to first understand the various axes of movement that the movements are occurring along in joint movement, there are three main axes

There are three main axes, 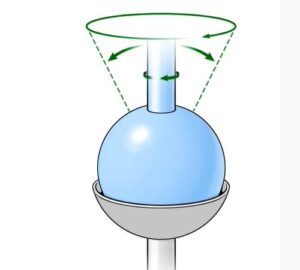 The ball and socket joint, which is also known as the spheroid joint.  This is the only polyaxial joint and therefore, the most mobile of all joint types.

The movements that occur at these joints are,

Two examples of this joint are the acetabulofemoral joint or the hip joint and the glenohumeral joint, which is known as the shoulder joint. 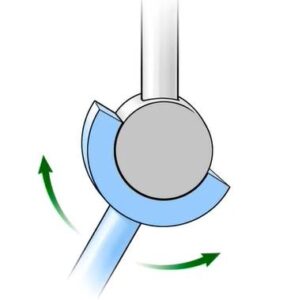 The hinge joint, which is only one axis of motion making it uniaxial.

The movements that occur at these joints are,

Two examples of these joints are the tibiofemoral joint or the knee joint and the elbow joint.

So, we use our hinge joints when we show off to flex our biceps! 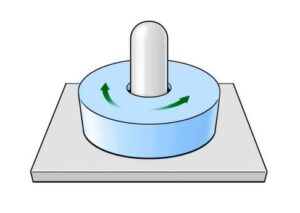 Like the hinge joint, the pivot joint is also uniaxial. So, pivot joints, also known as rotary joints, allow movement around a single axis –this movement being rotation. 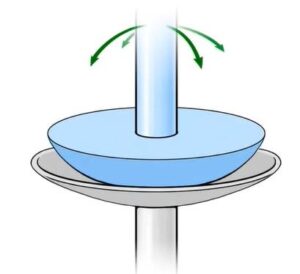 The condylar joint, which is also known as the ellipsoid joint. Condylar joints allow movement around two axes that are at right angles to each other. Therefore, they are described as biaxial joints.

An example of this joint is the radiocarpal joint or the wrist joint.

The movements that take place at this joint are, 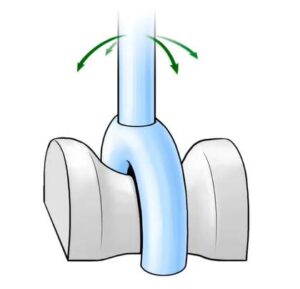 Similar to the condylar joint, the saddle joint is a biaxial joint.

The movement that takes place at this joint is,

An example of such a joint is the Carpometacarpal joint of the thumb. 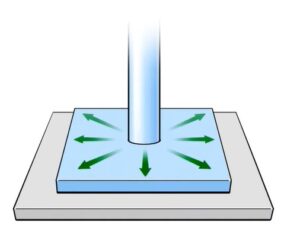 The plane joint is also known as the gliding joint. The plane joint performs a sliding or a gliding movement, where one bone moves across the surface of another.

An example of this joint is the acromioclavicular joint, which increases the flexibility of the shoulder.

For more information talk to a healthcare provider.

If you have any questions about Types of joints in Humans, please feel free and leave a comment. 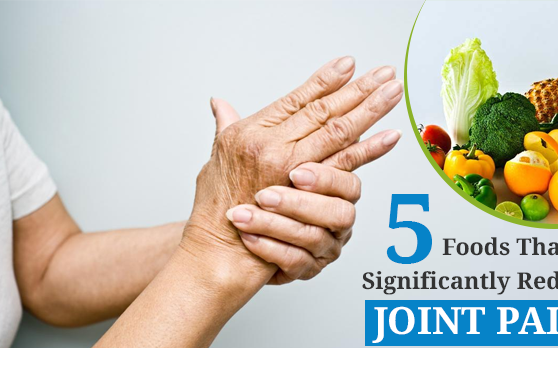 Diet For Joint Pain – Best Foods for people with Arthralgia