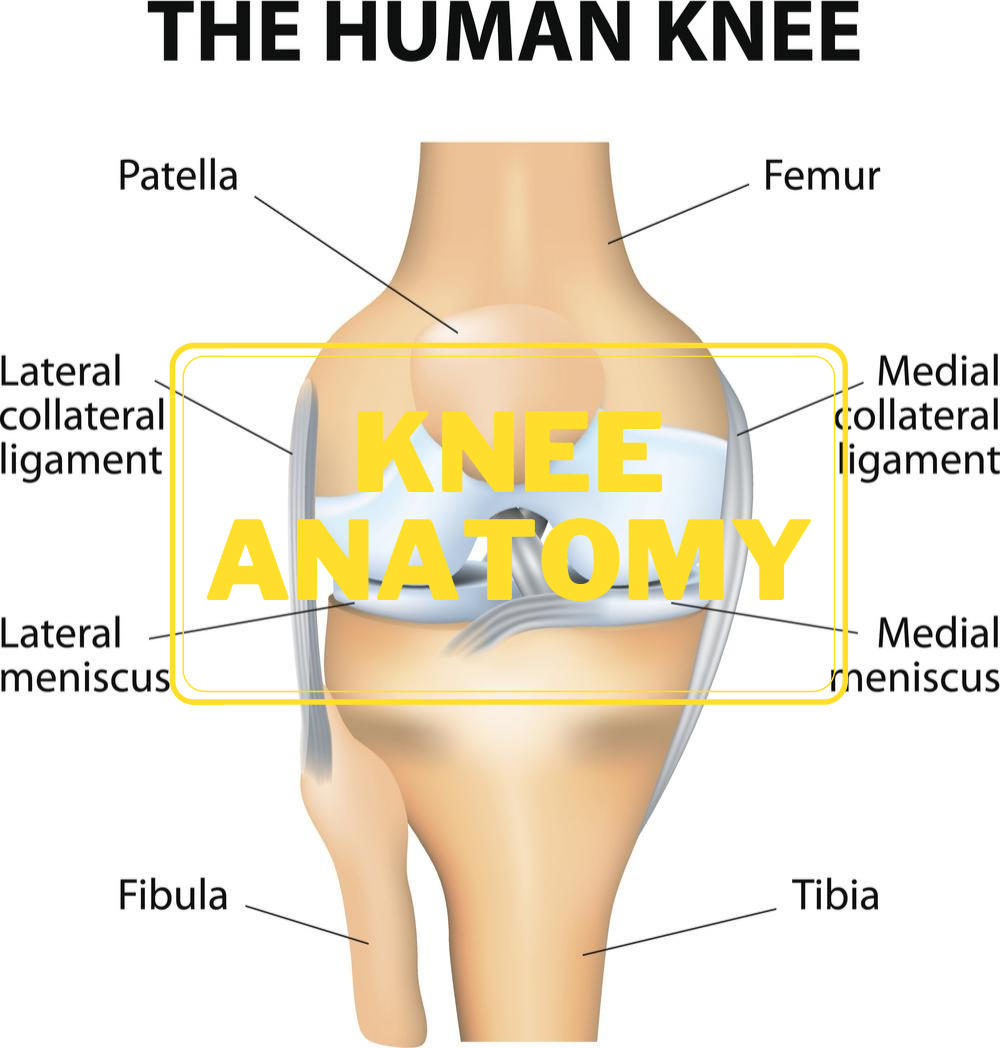 Anatomy Of The Knee

For the anatomy of the knee joint, we’ll begin by looking at an anterior view of the right knee.
The knee joint is made up of three bones femur, patella, and tibia. There are also medial condyle and lateral condyle. The patella articulates with the femur and the patella is the biggest sesamoid bone in the body.

The tibia has a tibial tuberosity which can get inflamed when it gets inflamed it is known as Osgood-Schlatter disease (OSD). 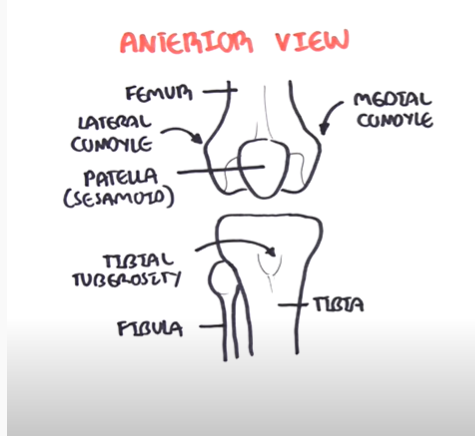 The knee joint is special because there between the joints is a fibrocartilaginous structure called the meniscus. There is medial and lateral meniscus and these menisci are basically shock absorbers and help stabilize join.

The patella ligament is actually the continuation of quadriceps tendons formed by the rectus femoris muscle and the vastus muscles of the thigh. 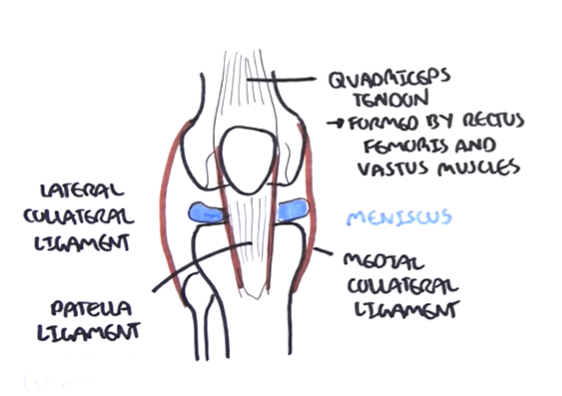 The side view of the knee joint and introduce the bursa, the bursa is fluid-filled sacs that help reduce friction. So, the femur, tibia, and the patella.

The meniscus is the fibrocartilaginous structure that sits between the joints. The Quadriceps tendon comes down over and basically encapsulates the patella in front, forming the patella ligament.

Sometimes the patella ligament is also known as the patella tendon and essentially onto the tibial tuberosity. 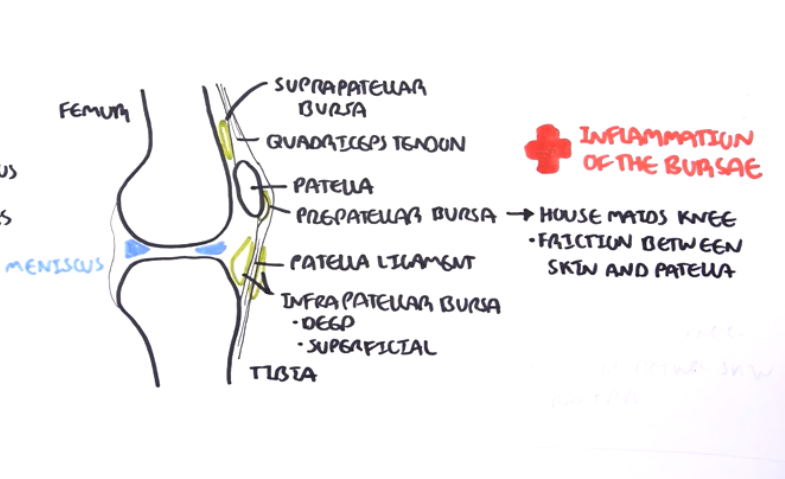 This will cause friction between the skin and the patella leading to inflammation of the bursa between the two.

The popliteal artery is a continuation of the femoral artery. This artery supplies blood to the knee joint through numerous small branches.

Inside the knees, you will find the smooth articular cartilage that covers the joint surface. 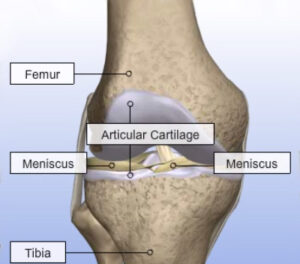 Some of the associated symptoms for knee pain are,

The incongruent surface is the biggest reason why the knee is more prone to develop injury and pay. However, are the reasons which one can experience knee pain is due to malalignment or poor tracking of patella bone. Due to tightness and weakness of the thigh muscles, due to degenerative changes in the joint also called arthritis of the joint.

Due to repeated injury and sometimes due to some systemic diseases.

For further advice do reach out to your local doctor or family doctor.