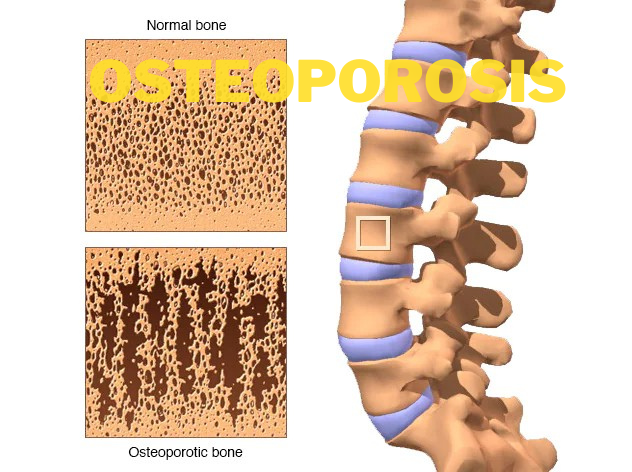 Osteo refers to bones and porosis means pores. So, osteoporosis is when there’s a higher breakdown of bone. A decrease in bone density to the point of potential fracture.

Looking at a cross-section of a bone, there’s a hard-external layer known as the cortical bone and a softer internal layer of spongy bone that is composed of trabeculae. The trabeculae are like a framework of beams that give structural support to the spongy bone. The cortical bone, in turn, is made up of many functional, pipe-like units called osteons, which run through the length of the bone.

At first glance, the bone may appear motionless and unchanging, but it’s actually a very dynamic tissue.

In a process called bone remodeling which has two steps:

Bone remodeling as a whole is highly dependent on serum calcium levels, which, in turn, are kept in the normal range by a balance between parathyroid hormone (PTH), Calcitonin, and Vitamin D.

Parathyroid hormone is produced by the parathyroid glands in response to low serum calcium, and it increases bone resorption to release calcium into the bloodstream.

On the other hand, calcitonin is produced by the thyroid gland in the response to high serum calcium, so it opposes the action of PTH- therefore promoting bone formation and decreasing bone resorption.

The balance between their regulatory factors results in a peak bone mass, usually by age 20 to 29 and this usually occurs earlier in females than in males. Factors that determine the peak bone mass are genetics. For example, people of African descent tend to have greater bone mass and nutrition.

When osteoclasts break down bone faster than the osteoblasts can rebuild, it results in the lowering of the bone mass and eventually in osteoporosis.

Spongy bone and cortical bone, these bone changes increase the risk of fracture, and they are known as fragility or pathologic fractures. Some bones like the vertebrae, shoulder blades, and ribs consist mainly of spongy bone, so they are at great risk of fragility fractures.

Factors that accelerate bone mass loss and increase the risk of osteoporosis are low estrogen levels, like after menopause, and low serum calcium.

Additional factors include alcohol consumption, smoking, drugs that decrease calcium absorption from the gut through antagonism of vitamin D, and drugs like heparin and L-thyroxine.

Another factor is physical inactivity, as seen in astronauts in a zero-gravity environment where they just don’t use their musculoskeletal system as hard as when they’re on earth. As a result, bone deposition decreases due to a lack of stress, while resorption increases.

There are also diseases that can cause osteoporosis like

Now, the two most common types of osteoporosis are

People with senile osteoporosis don’t usually have symptoms until a fracture occurs.

Osteoporosis is usually diagnosed with a dual-energy X-ray absorptiometry or DEXA scan which tests for bone density.

Treatment for osteoporosis usually relies on bisphosphonate drugs like Alendronate and Risedronate. If osteoporosis is really advanced, teriparatide, a recombinant parathyroid hormone can be used.

We recommend you to take your doctor’s advice for proper guidance. 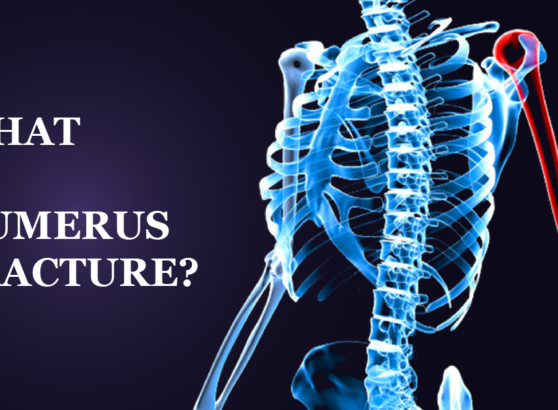 What is Humerus Fracture?